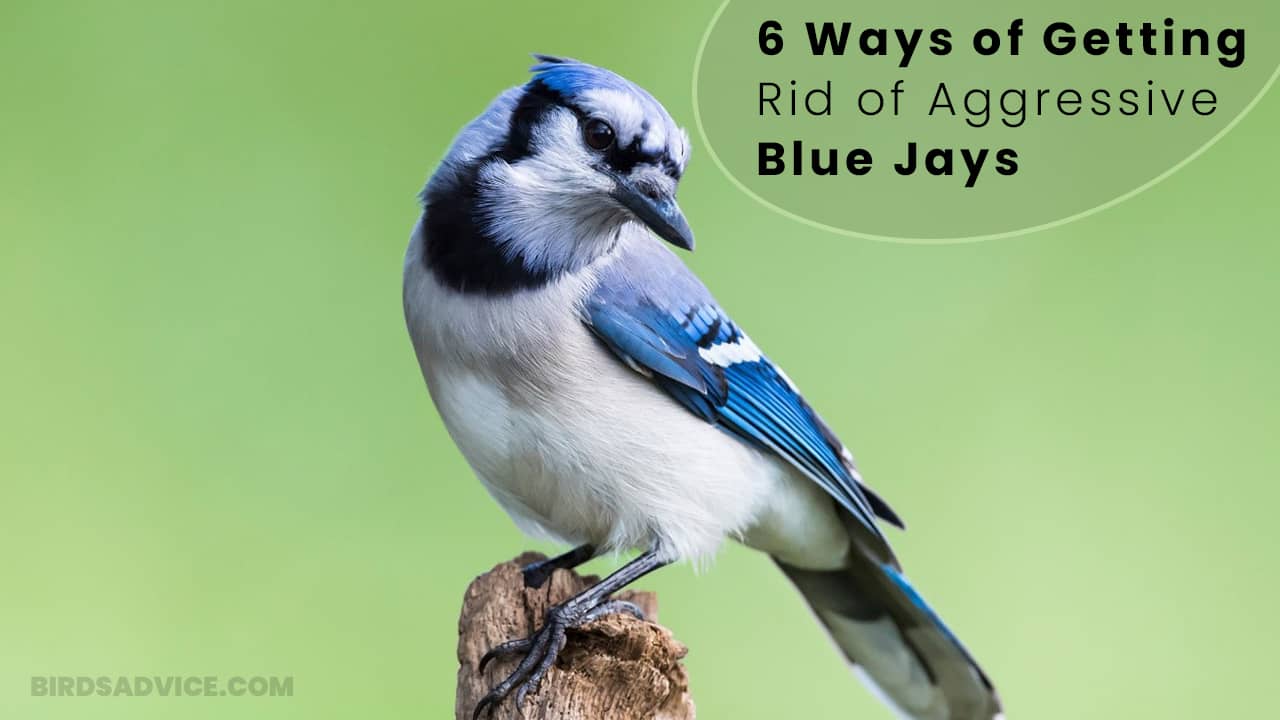 Blue jays are known to be ferocious defenders of bird feeders and their nests. In fact, these birds attack anything that comes too close, no matter how big or little it is. They have a protective nature, which leads to their aggressive behavior.

Contents show
1 How to Get Rid Of Aggressive Blue Jays
2 Why Do Blue Jays Attack Others?
3 Final Words

But, they’re also intelligent. They want to keep their family safe and are simply a little cleverer in getting their way than other birds. If their actions annoy you, you can adopt a few tricks to keep them out of your yard.

In this article, we’re going to talk about how to get rid of blue jays. We hope this guide will help you a lot. Once finished reading this, we would recommend you take a closer look at our article on attracting blue jays to your yard.

How to Get Rid Of Aggressive Blue Jays

There might be one major reason why blue jays attack you. You may come close to their bird feeders. We’re too large for them. That’s why they form a mob and attack us. Here are a few techniques you can follow to avoid blue jays in your backyard.

Why Do Blue Jays Attack Others?

Do they attack other birds, animals, and humans? Why? As blue jays are painted as flying bullies, people may think they are mean. According to various reports, blue jays chase away smaller species from bird feeders and birdbaths.

In this part, we will try to find out the answer to why they are so aggressive towards other birds, animals, and even humans in some cases.

Just think about human behavior, every man has a personal space, if someone interferes with his / her personal space, he/she might be responsive and may be furious at the moment. As a result, like a man, blue jays are territorial, but they have to protect themselves against any calamity.

It’s important to keep in mind that blue jays are among the most intelligent creatures in the world. So, any precautions you take must be well thought out. Always try to follow techniques that don’t harm blue jays physically.

However, we hope you’ve learned a lot about how to remove aggressive blue jays from your backyard. If you have ever used any useful technique that we didn’t mention in this article, comment down below.