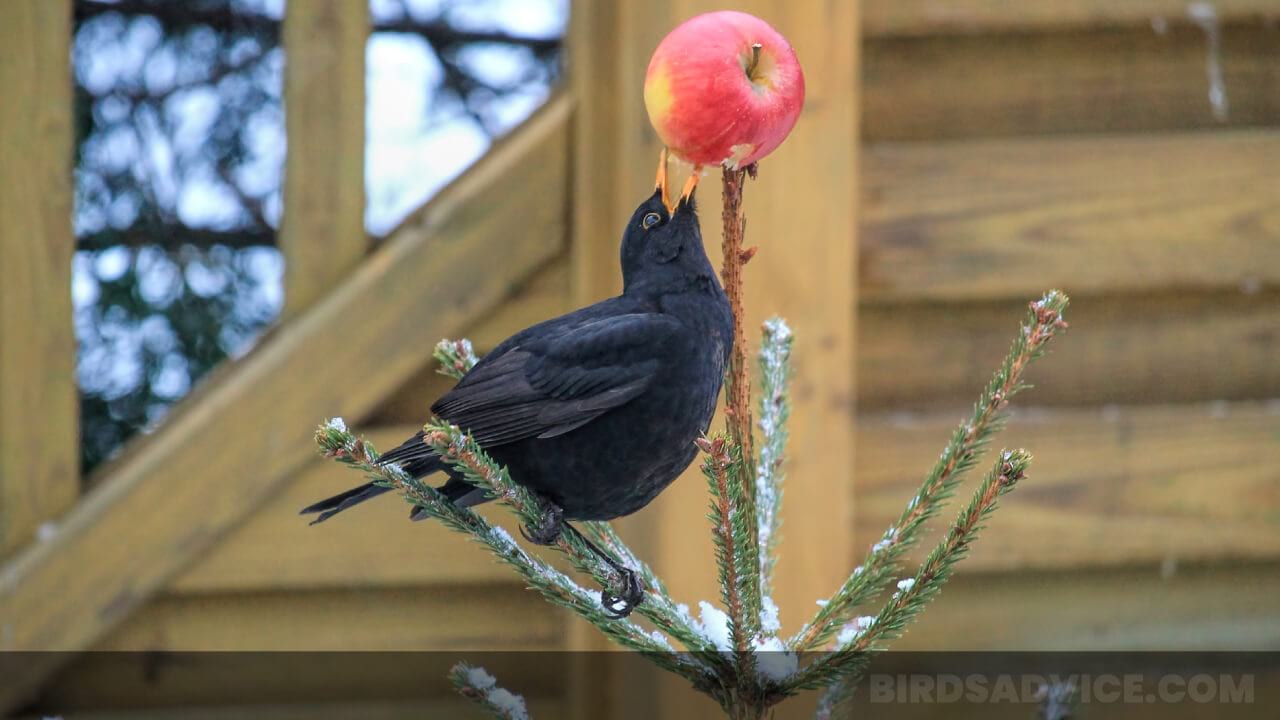 Every bird has its own dietary preference. While many birds enjoy the treats in bird feeders, some of them consume a wide variety of foods in the wild. Eventually, those who usually feed on the foods in garden bird feeders often switch their minds to natural food sources.

So, what do birds eat in the wild? Birds, in general, eat insects, worms, grubs, nectar, and seeds in the wild. Some birds consume berries, nuts, fruits, pollen, and even grasses, while others feast on snakes, rodents, small animals, and other tiny birds.

There are also different bird species, such as garden birds, waterfowl, migratory birds, and more, and each of them eats various natural foods. In this article, I’m David Rosas, going to talk about several types of foods found in the wild.

Types of Foods Found in the Wild

The most common types of natural foods that birds eat are flowers, trees, shrubs, and insects. Let’s see what these natural food sources include.

Categories of Birds According to Food Habits

Birds that eat various foods in the wild fall into one of the following categories: insectivores, omnivores, granivores, frugivores, and nectarivores.

Different Types of Birds and Their Food Habits

As you already know, there are tremendous varieties of birds in the wild, and their food habits are different from one another. In short, you won’t find a simple food list for birds. Some birds eat seeds or insects, while others consume almost anything.

Garden birds are birds that typically come to your backyard in search of food and shelter. There are many garden birds out there, and their food habits are different from one another.

Let’s see some of the garden birds and their diets below.

Wading birds are birds that have long legs, habitually walking with effort through water or viscous substance. They typically have a long bill that allows them to find prey from a certain depth of estuary mud or water.

Waterfowl refers to a category of birds, including geese and ducks, which can swim in waters as well as walk on the ground. Many people seem that all ducks have the same dietary preferences, but they eat different foods, depending on their species.

Let’s see some of them with their dietary preferences below.

Some birds, such as swallows, swifts, warblers, don’t spend their winter in the UK. Before the winter months start, these birds mainly migrate from the UK to North America, especially in the United States and Canada.

Answer: You can feed a wild bird with a mixture of seeds, including nyjer and black sunflower seeds. You can also offer the birds peanuts, live foods, like insects, and kibbles of dogs or cats.

2. What should you not feed wild birds?

Answer: Many wild birds are carnivorous, and that’s why you shouldn’t feed them any raw meat, like meat scraps or ground meats. These foods allow dangerous bacteria to grow, and therefore, they can kill wild birds. Besides, you shouldn’t offer bears to these birds.

3. What kind of human food do birds eat?

Answer: Birds can eat various human foods, including apples, bananas, hard cheese, raisins, peanut butter, rice, cooked pasta, eggshells, and more. However, not all birds can consume and digest all the foods mentioned above.

In short, there are many categories of bird species, and each bird has its own dietary preference. Some birds eat fruits, berries, and seeds, while others consume insects, eggs, fish, and even other small birds. You can find many birds that can eat both plants and animals.

Hopefully, you already get the answer to the query of “What do birds eat in the wild?” If you think that I’ve missed something important that should be included in this article, you can let me know about the matter, leaving your valuable comments below in the comment section.