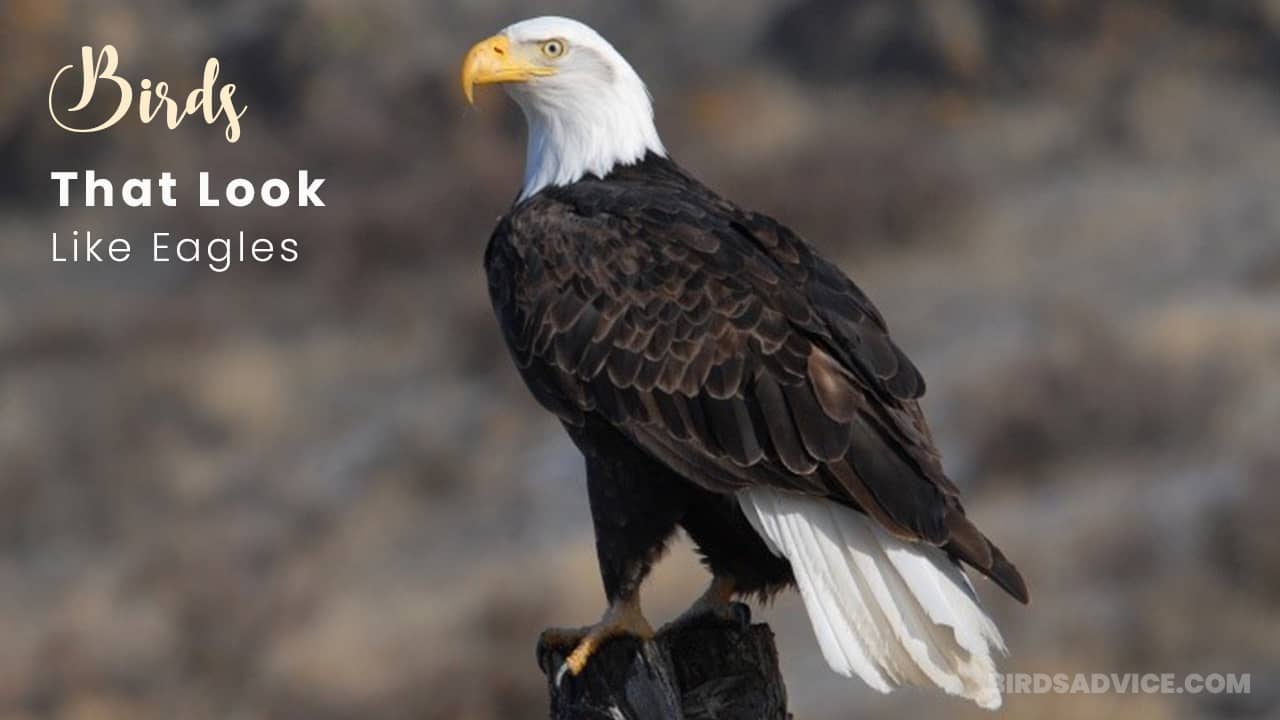 Identifying bald eagles is really simple. They’re very large raptors with broad wings and dark-brown bodies contrasting with their white heads and tails. But, you may find some other raptors around you, looking pretty similar to bald eagles, which may confuse you.

Want to learn about some crane look-alike birds? I have recently published an article on similar species to sandhill cranes. Once you finish reading here, you’ll be welcomed to take a look at that article. You may find such bird species that you didn’t know before.

Red-tailed hawks are one of the raptors in the United States, Canada, and Mexico. These birds are legally protected by law under the Migratory Bird Treaty Act. They’re usually found in agricultural fields, urban areas, deserts, deciduous forests, coniferous, and grasslands.

Western ospreys are whiter than most other raptors in North America. However, these birds have narrower wings than those of bald eagles. While bald eagles have completely white heads, western ospreys have a mix of brown and white on their heads.

Prairie falcons have short, hooked beaks as bald eagles have. These birds also have short, yellow legs and feet, almost the same as bald eagles. Both species have similar types of head shape and flight style. They also come up with sharp nails to catch their prey.

The most noticeable difference between Andean condors and bald eagles is their distinctive appearance. Bald eagles have a white head and neck, but Andean condors have a strange-looking head with a white neck collar. Besides, you can find differences in their beaks and legs.

Black kites medium-sized birds mostly found in the temperate and tropical parts of Europe, Africa, Asia, and Australia. According to the name, black kites are not black overall. However, when they’re high in flight, they look like black kites.

Northern goshawks are usually found in the northeastern and western United States, western Canada, Alaska, and Western Europe. These birds breed in many large mountain ranges, including the Rocky Mountains. They prefer wild forests, like coniferous and deciduous areas.

Black vultures, also known as American black vultures, are large raptors that range from the northeastern United States to South America. These birds are sometimes out there in Canada. They usually prefer open areas, but for nesting and roosting, they’re found in wooded areas.

Like bald eagles, black vultures have shaggy plumage throughout the body. These raptors also have short legs and sharp claws. Besides, they have bald eagle-like short but strongly hooked beaks. The tails of black vultures are short and rounded, almost the same as bald eagles have.

Golden eagles, one of the largest birds in North America, are mostly found in the western United States and Northern Hemisphere. These birds are usually out there in fairly open areas, including mountains, hills, cliffs, shrublands, grasslands, coniferous forests, farmland, and along streams and rivers.

Now that you know the birds that look like eagles, you can easily identify bald and golden eagles and their look-alike birds. In appearance, golden eagles look pretty similar to bald eagles (except white head feathers), as both birds belong to the same eagle family.

However, other similar raptors, such as turkey vultures, western ospreys, prairie falcons, and Andean condors, can easily be identified due to their distinctive features. Among eagle look-alike birds, red-tailed hawks appear quite similar species to bald eagles.