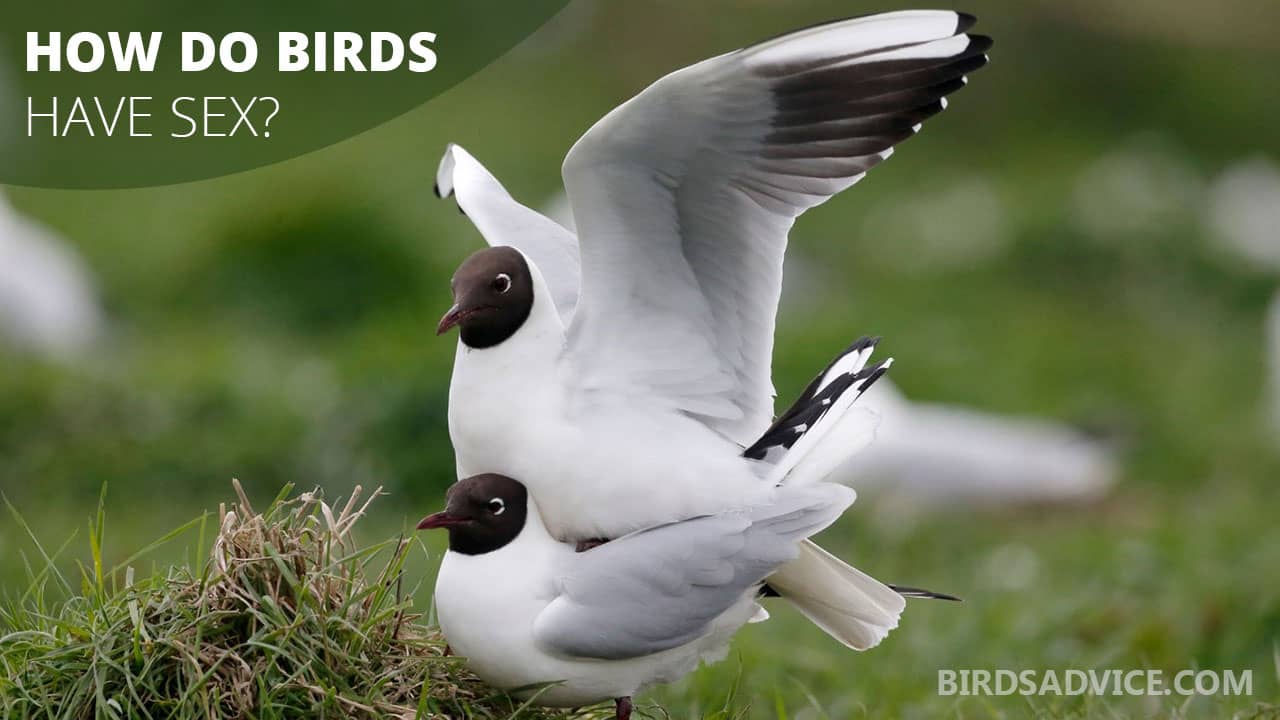 Everybody does it, so do the birds. But their way of mating is different from humans and other mammals. It’s because they don’t have the same reproductive organs. Unlike other animals, they contain a cloaca, also called an avian vent.

Contents show
1 How Long Do Birds Last While Mating? (Sex Duration)
2 Do All Birds Mate in the Same Way?
3 How Do Male Birds Attract Females? (Bird Courtship)
4 Can Birds Copulate with Other Species?
5 How Long Are Birds Pregnant? (Pregnancy Duration)
6 Can Bids Lay Eggs without Even Mating?
7 What To Do If You See Birds Mating?
8 Wrapping Up

So, how do birds have sex? The male bird mounts the female from behind to make things go right. Next, he balances on her back while the female gives the necessary support by arching her back and moving her tail to one side. Then, the male hunches over, and their cloacas touch together, which is called a cloacal kiss. Finally, the male birdie releases his sperm, entering the female and resulting in a complete mating.

That’s how most birds mate, and there are many facts regarding bird mating, which we have discussed below.

Apart from mating, birds use this body part to expel reproductive, urinary, and digestive wastes. And during the sex, their other organs, testes, and ovaries, found in male and female birds, also play a crucial role.

How Long Do Birds Last While Mating? (Sex Duration)

Okay, let’s talk about the most asked and fascinating question regarding bird mating, which is how long do they last while having sex.

Although the mating period lasts for a week depending on the bird species, including several acts from choosing a suitable place to attracting a mate, the actual sex time lasts less than a second.

Huh, POOR BIRDS! The male bird releases sperm right after rubbing the cloacas. However, they do require more time to balance themselves for mating.

Do All Birds Mate in the Same Way?

Although the mating system is the same for most birds, ducks, swans, and many water birds have sex differently. They come with a penis, known as phallus. They mate in water, and during that time, drake holds the female underwater for easy insertion of his phallus into her cloacas for insemination.

Surprisingly and shamefully, this drake doesn’t follow the rule of bird courtship and chooses to be aggressive and a pervert. However, now you may be wondering what courtship actually is. Well, it’s kind of flirting for birds, what they do before getting into actual mating. Below we have briefly discussed this fact.

Bird courtship refers to a medium of communication, allowing them to notify their mates about their willingness. Various male birds opt for different acts to attract their partners. For example, some birdies show off brightly colored plumage, some sing repeatedly, while some birds offer food and shelter.

So you can say the act of flirting isn’t distinctly different from ours’ act. And like ourselves, these poor fellows also need to show off their health and strength to convince the female to mate. So, single guys, you aren’t alone; females always rule regardless of species!

Speaking of species, here is another question that may pop inside your head. And that question is can birds copulate with other species?

Can Birds Copulate with Other Species?

Yes, some birds have sex with members of other species in order to produce hybrid offspring. And these hybrid birds tend to boast combined characteristics from their parent species.

According to a recent study, approximately 10% of the world’s known bird species have mated with other species, which are closely related. Mostly, hybridization takes place between the same or closely related species.

However, occasionally, it occurs between birds of different genera. Quite surprising, right? Here is another shocking fact regarding birds you may not know.

Right after mating and successful insertion of sperm into the ova, it takes a few days for eggs to get into the form. And this duration for egg formation varies from bird to bird. Some birds take a day, and others need a week to lay eggs.

Now let’s talk a bit about their incubation period. Like the pregnancy period, the incubation time varied from species to species. In general, it lasts between ten days to a month for birds to hatch, and the same amount of time goes for fledging as well.

Can Bids Lay Eggs without Even Mating?

Surprisingly yes, pet birds often lay unwanted eggs. It occurs when a female bird isn’t intended for breeding or production and, often on her own, begins to lay eggs.

Other species may also have it, but this condition is more common in cockatiels. Many pet owners scarcely know that some birdies, such as parrots, can lay eggs without a mate.

What To Do If You See Birds Mating?

Many of us often get enthralled to witness birds’ unique behavior, such as singing, wing flipping, eye pinning, etc. But very few of us understand that birdies perform these kinds of acts during the mating season. And as soon as we see birds having sex, we quickly get uncomfortable.

However, if you encounter such an incident, you shouldn’t bother the couple; instead, try to keep your distance. If you don’t do that and get close to the pair bond, they will be scared and fly away; it can cause them to have premature offspring.

Besides that, too much disturbance can make the bird-pair leave their carefully chosen place. And so, you will also miss observing how birds raise their brood. So, being a bird watcher, you should follow the aforementioned guideline and may also complete necessary tasks to safeguard young birdies.

So, now you know that how birds have sex. Unlike others, you won’t think anymore that this lovely creature has mammals like organs for copulation. But they have similarities when it comes to courtship and pregnancy.

And they are pretty mysterious when you think of how they can lay eggs without a mate. You know Mother Nature is full of wonders, and we have just started to learn about her. There is more to study and discover.

Anyway, we hope you enjoyed reading this article and found it informative and helpful. Thanks for your precious time.