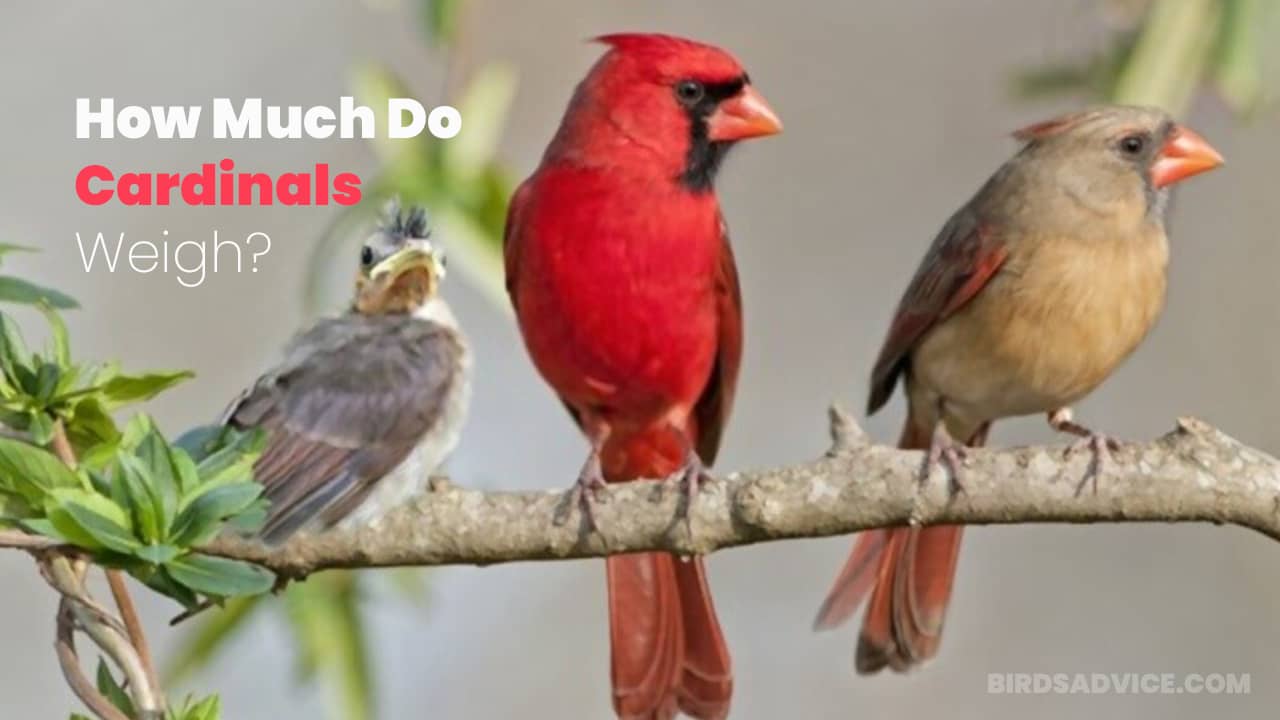 Cardinals are one of the beautiful birds found in the United States. Many backyard bird enthusiasts want to attract these beautiful species to their gardens. They place robust bird feeders that withstand the weight of a cardinal family.

Now, the question is, how much do cardinals weigh? The average weight of adult northern cardinals is 1.5 to 1.7 ounces (42 to 48 grams / 0.09 to 0.1 pounds). Cardinals are medium-sized songbirds. They are heavier than most other songbirds in the wild.

Not only that, but we’re also going to show you how much different types of cardinals weigh. Once you have finished reading the article, we recommend you read our previously published article on attracting northern cardinals to your backyard.

The Weights of Different Cardinals: At A Glance

The average weight of both male and female vermilion cardinals ranges from 0.8 to 1.5 ounces (22 to 42 grams). Both sexes are approximately 4.7 to 9.8 inches (11 to 24 cm) long. The females appear slightly smaller than the males.

Desert cardinals, popularly known as pyrrhuloxia, weigh the same as vermilion cardinals. The average weight of both male and female pyrrhuloxia is 0.8 to 1.5 ounces (22 to 42 grams). Sometimes, a male pyrrhuloxia equals a female northern cardinal in weight.

Now that you know how much cardinals weigh, you can make sturdy DIY bird feeders that can withstand a wide variety of cardinals. Northern cardinals are bulkier than other cardinal species. On the other hand, vermilion and pyrrhuloxia weigh almost equal.

However, we hope you have learned a lot about the weight of different types of cardinals in North and South America. If you love the article, share it with others. Leave comments below if you find any corrections in cardinal weight.