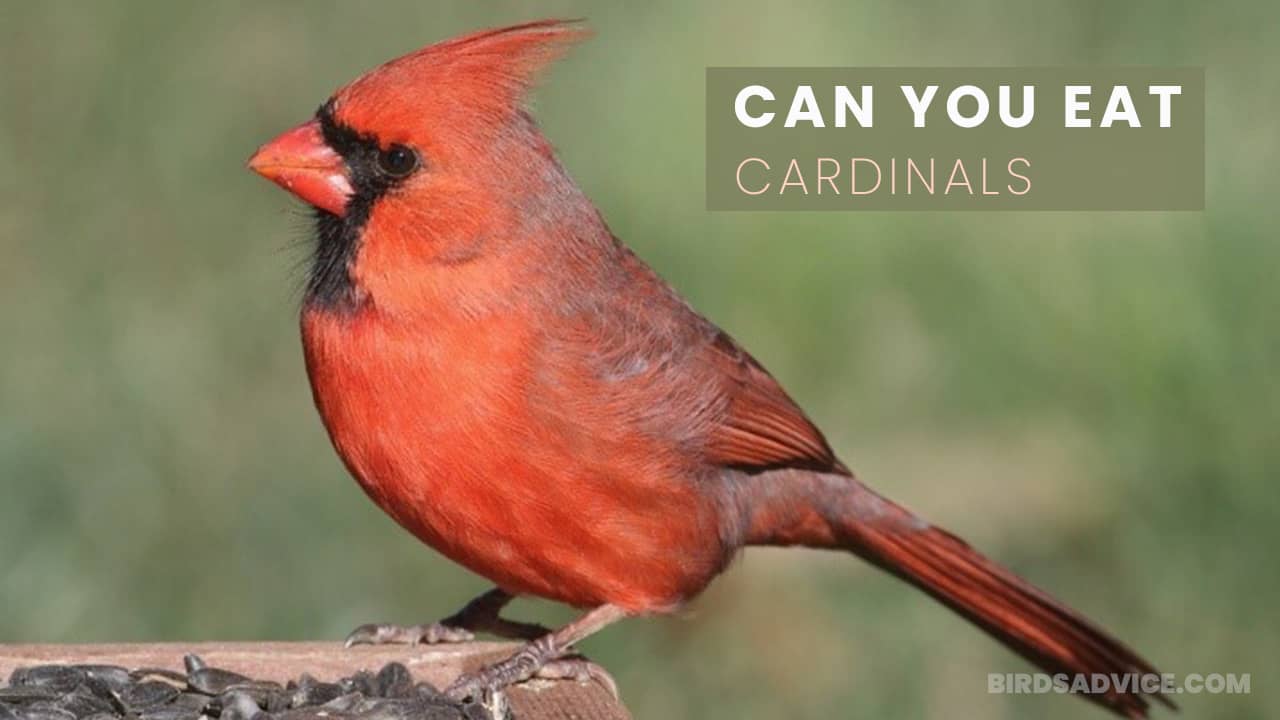 Have you ever been curious about what cardinals would taste like? Well, cardinals are abundant in selected areas, and they’re edible like other omnivorous birds. One thing you should keep in your mind is whether eating cardinals is legal in your country or not.

Contents show
1 Why Is Eating Cardinals Illegal?
2 Are Cardinals Edible?
3 Can You Eat Cardinal Eggs?
4 Should You Hunt Cardinals?
5 Summary

So, can you eat cardinals? Most countries have wildlife regulations that prohibit hunting and eating wild birds like cardinals. In the United States, cardinals are protected under the Migratory Bird Treaty Act of 1918 (MBTA), meaning that you cannot harm, capture, kill, or eat cardinals. Violations of the rule lead you to high fines and imprisonment.

This article is a supplement to our recently published post on cardinals can be pets or not. After reading this article, we recommend you take a look at that article to know more about the Migratory Bird Treaty Act regarding cardinals.

Why Is Eating Cardinals Illegal?

Since cardinals get special legal protection under the Migratory Bird Treaty Act of 1918, eating cardinals is illegal. The act also banned killing or selling cardinals as cage birds. If you violate the law, the authority charges a fine of up to 15,000 USD and 6-month imprisonment.

Not only the United States, but Canada also protects cardinals under the Convention for the Protection of Migratory Birds (CPMB). Mexico, Japan, and Russia also adopt the law. That’s why you may not eat cardinals in these countries.

Cardinals just like other wild birds are edible. Regardless of cardinals, you can eat any birds that are looking for sorted seeds. Just make sure that you’re not consuming birds that feast on garbage. However, eating a particular bird depends on your country’s law.

Can You Eat Cardinal Eggs?

If parent cardinals abandon the eggs, or you find cardinal eggs at any unprotected spot, you can take the eggs and eat (whatever you feel like). But, if you don’t want to eat the eggs, bring them back to the nest so that the mother cardinal can hatch the eggs.

Should You Hunt Cardinals?

The fact is that the populations of northern cardinals are decreasing day by day. If you hunt a single cardinal, you will be one of the factors of cardinal extinction. In order to increase the number of cardinals, always try to protect them by any means.

However, we hope you have found the article pretty helpful to understand whether cardinals are legal to eat or not. If you have any experience in eating cardinals, you can share it with us. Keep in mind that you don’t encourage people to hunt and eat cardinals.