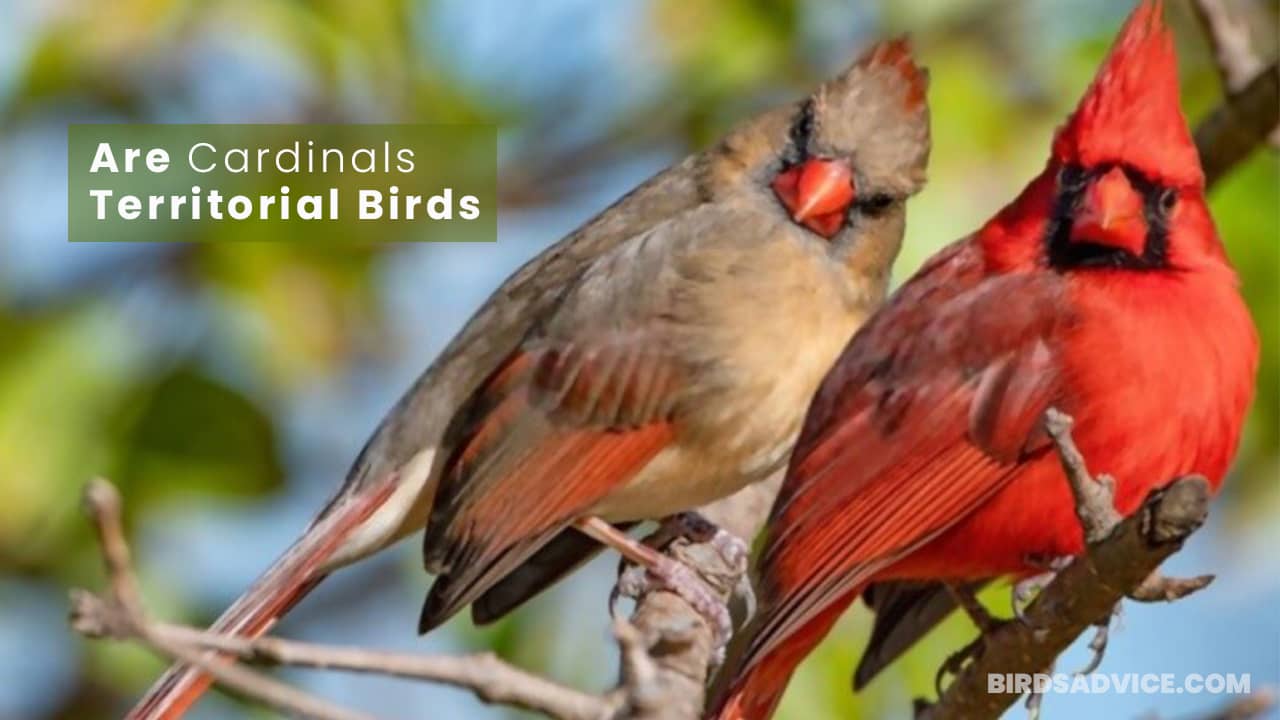 Have you ever watched northern cardinals build their nests in your backyard? If so, then you might have noticed that they don’t allow other cardinals and even other bird species to be close to their territory. This is happening until the breeding season ends.

Now, the question is, are cardinals territorial birds? The short answer is yes. Northern cardinals can be highly territorial between April to September (in their mating and breeding seasons). During this period, the males become protective of their mates and broods. In fact, they don’t allow other male cardinals, birds of prey, and any potential predators in their territory.

For your information, this page is a supplement to our recently published article on the aggressiveness of northern cardinals. Once you finished reading here, we recommend taking a look at that article to know how cardinals behave during breeding seasons.

Why Are Cardinals Territorial?

Cardinals are territorial to protect their mates and broods from predators. They become aggressive to the predators that try to approach their territory. The Males make sure that no one disturbs the females while making nests for future offspring.

Once the females build their nests, the males can be territorial to ensure a safe and healthy breeding season. They don’t even allow other male cardinals to be close to their nests. This leads the cardinals to fly into windows hour and hour.

Like the males, female cardinals can be territorial. However, the females are not always conscious of intruders because they have to deal with building nests and raising the young. That’s why the males play the main role in protecting the family.

During winter, the females can be territorial while feeding on bird feeders in backyards. In order to ensure a sufficient amount of food, they don’t tolerate small songbirds, like sparrows, nuthatches, and chickadees.

Are Northern Cardinals Territorial Throughout the Year?

Northern cardinals are not territorial throughout the year. They are pretty calm and quiet. But, they can extremely be territorial between April to September. This is when male cardinals pair up with the females, and their ferocious side comes out.

Do Cardinals Chase Off Other Birds to Protect Their Territory?

Even though cardinals are territorial birds during breeding seasons, they are quite friendly to humans. If you’re one of the backyard birdwatchers, you should place appropriate feeders with suitable seeds for them in your backyard.

However, we hope this blog has helped you a lot in learning whether cardinals are territorial or not. If you have ever faced a cardinal during its breeding season, how did it behave with you? Share your experience with us below in the comment section.